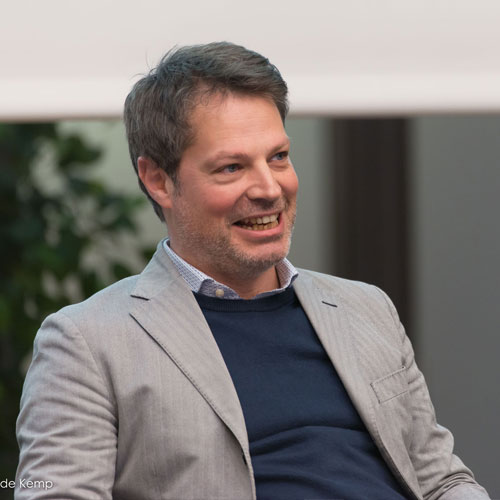 Solidarity in collaboration networks when everyone competes for the strongest partner: a stochastic actor-based simulation model (co-authors Federico Bianchi and Andreas Flache), Journal of Mathematical Sociology, 2020

Flaminio Squazzoni is Full Professor of Sociology at the Department of Social and Political Sciences of the University of Milan and director of BEHAVE. He teaches “Sociology” to undergraduate students, “Behavioural Sociology” to master students and “Behavioural Game Theory” to PhD students. Untill November 2018, he has been Associate Professor of Economic Sociology at the Department of Economics and Management of the University of Brescia, where he led the GECS-Research Group on Experimental and Computational Sociology.

He is editor of JASSS-Journal of Artificial Societies and Social Simulation, co-editor of Sociologica -International Journal for Sociological Debate and member of the editorial boards of Research Integrity and Peer Review and Sistemi Intelligenti. He is advisory editor of the Wiley Series in Computational and Quantitative Social Science and the Springer Series in Computational Social Science, member of the executive board of CoMSES Net-The Network for Computational Modeling in Social and Ecological Sciences and advisory board member of ING’s ThinkForward Initiative. He collaborates with ReviewerCredits and Virtual B. He is former President of the European Social Simulation Association (Sept 2012/Sept 2016, since 2010 member of the Management Committee) and former Director of the NASP ESLS PhD Programme in Economic Sociology and Labour Studies (2015-2016).

In 2014-2018, he has chaired a very successful large-scale EU project, PEERE-New Frontiers of Peer Review (COST Action TD 1306), which was instrumental to the establishment of an interdisciplinary, inter-sectoral community of about 260 experts in peer review, including relevant publishers involved in an innovative effort of internal data sharing. Currently, he is principal investigator of SOCIABLE-The Brescia Nexus: Social infrastructure and cognitive abilities in an ageing population, a two-year project funded by Cariplo Foundation, and co-investigator of 14ALL-One for all, all for one. Reputational mechanisms for aggression, revenge, and forgiveness in intergroup relationships, a three-year project funded by MIUR (2019-2022).

His fields of research are behavioural sociology, economic sociology and sociology of science, with a particular interest on the effect of social norms and institutions on cooperation in decentralised, large-scale social systems. His research has a methodological focus, which lies in the intersection of experimental (lab) and computational (agent-based modelling) research.

He is author of Agent-Based Computational Sociology (Wiley, 2012), has published about 80 articles in peer-reviewed journals (including Nature Communications, Science Advances, Social Networks and Research Policy), has served as referee for many prestigious journals (including Science, The Lancet and The American Journal of Sociology) and many prestigious funding agencies (including ERC, European Science Foundation, the Royal Netherlands Academy of Arts and Sciences, the Netherlands Organisation for Scientific Research and the Austrian Science Fund).

Here is Flaminio’s CV: Italian or English version. Here is his GoogleScholar, SCOPUS and ORCID profiles.