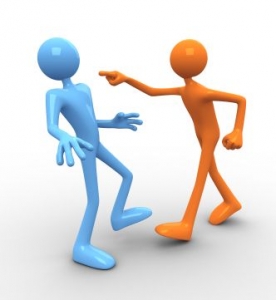 What is the role of reputation and gossip in inter-group conflicts?

14ALL is a collaboration between the University of Turin (PI Davide Barrera), CNR (Lead Giulia Andrighetto) and Behave (Lead Flaminio Squazzoni). The project will investigate the conditions under which groups may trigger aggressive behavior in individual members and fuel retaliatory cycles magnifying the consequences of intergroup conflict. We expect that aggression is more likely when group identity is salient and members invest in building group reputation. Furthermore, we expect that individuals who forgive or avenge aggression will gain social status to the extent that group members perceive them to be motivated by concern for the group rather than concern for self. 14ALL adopts a set of complementary research methods and consists of three parts. First, we will use a laboratory experiment to determine when group membership and group reputation promote aggression. Second, we will conduct a survey experiment on a representative sample of the national population to investigate when vengeful or forgiving behavior is socially rewarded by the group. Third, we will develop an empirically calibrated agent-based model to simulate large-scale implications, test findings generalizability and support counterfactual analysis. Findings and simulation tools will be presented to stakeholders to explore policies aiming to mitigate intergroup conflict in various settings, such as interethnic conflicts, political extremism, and hooliganism.

Decide which cookies you want to allow. You can change these settings at any time. However, this can result in some functions no longer being available. For information on deleting the cookies, please consult your browser’s help function. Learn more about the cookies we use.

With the slider, you can enable or disable different types of cookies: